A few days ago I posted about my son and his financial knowledge. I included a diagram of my bank account activity and promised to enlighten you all with a follow-up regarding his insight and opinion…

First and foremost I managed to coax him out of his room with promises of hot chocolate and pieces of chocolate orange. I also promised to not keep him away from GTA v for longer than 20 minutes.

I sat him down, unravelled the diagram and was ready to met with gasps and ‘woahs’. The sort that conveyed his shock and bewilderment at just how little his Mum (me) has going in to her bank account and the extremity of the out-goings!

But no, instead I was met with,

“That’s good Christopher. Can you elaborate”?

He then compared me to an Ofsted officer.

Eventually we landed on his surprise at how much it costs to run a household.  I went in to more detail with him regarding how much everything costs and how much income I have and you know what? He actually listened to what I was saying.

He even remarked that he should maybe stop asking for things so often, especially things that he doesn’t really need.

He’s also now more familiar with the differences between bank cards and credit cards and I hope in some sense he does have a better idea of the value of money. Unfortunately that will be something he learns the true meaning of by himself. At least he managed to sit and listen to me for a full seven minutes! And little does he know I shall be springing these money lessons upon him whenever I see fit 🙂 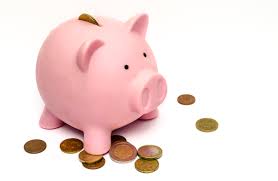 ‘Blind faith is no way to run a world’ – Victor Stenger