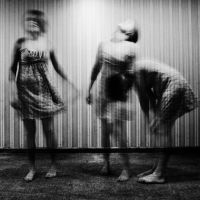 ‘Suicide is a lot of things, but selfish isn’t one of them. Suicide is a decision made out of desperation, hopelessness, isolation and loneliness. The black hole that is clinical depression is all-consuming. … But the soul-crushing depression that envelops them leaves them feeling like there is no alternative.’   Katie Hurley, Huffington Post, 8/12/2014. Updated 14/12/2014.

Well stop it, it’s not a secret. Those who are left behind to grieve should not be ashamed by it. That person, that loved one who decided to leave this world was just not of sound mind. They can’t possibly have been. Nobody who is in full perfect mental health (if there is such a thing) would ever do that to their Mum, Dad, brother, sister, son daughter, wife, husband, partner, friend. They wouldn’t.

They had to have been at the most ultimate desperate depths of despair. They thought that there was no way out of whatever mess their head had gotten in to. They are not selfish for committing suicide, they are just not themselves. There would have been no conscious thought of being selfish. Their mind is so far broken that they only see that one way out. This is why we need to stop with the whispering and the taboo.

‘They are not selfish for committing suicide, they are just not themselves”

Discuss openly how you feel, allow people in. If you initially thought the decision to leave was selfish then that’s okay, I used to think this too, but it really isn’t that way. We need to be further educated on the numerous symptoms and signs of mental health. It is not something that should be kept hidden away behind closed doors. It needs to be tended to. We need to make ourselves available to fix each others minds.

Thought processes can get broken, some can be fixed with time through counselling, medication. Others will need longer, maybe medication and therapy but they can be healed. My point is that help is out there, we don’t need to be afraid of people thinking that we’re ‘mad’ or weak. Admitting you need help does not make you a failure. It makes you brave.

And please do not refer to those fallen sufferers as selfish. That kind of thinking does not serve those left behind, it doesn’t help with the healing process and it doesn’t make it any easier for those in a similar position to come forward and ask for help.∞

‘Blind faith is no way to run a world’ – Victor Stenger

One thought on “It’s not selfish.”