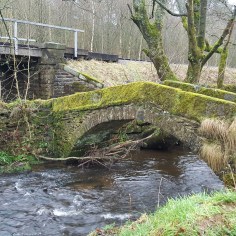 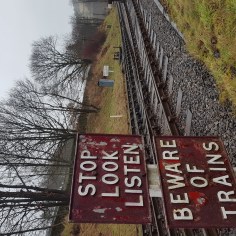 If you’ve seen The Railway Children then those words are likely to have you sobbing your heart out and if they don’t then you’re probably dead in side.

I’ve definitely watched the film more times as an adults and certainly appreciate it more now too.

My sons Grandparents lived in Oakworth and so my son always wanted to watch it when he was little, excited by the fact that parts of it were filmed within walking distance of his Nana and Grandad’s house.

I’ve spent a lot of time in Haworth and in a literary sense it is a very special place to me and I’m sure to thousands of other people too. There’s something magical bout Haworth, a draw that can’t be explained. Some will say it’s a good thing, others maybe not.

Either way it’s certainly inspirational and I could walk its moors all day. 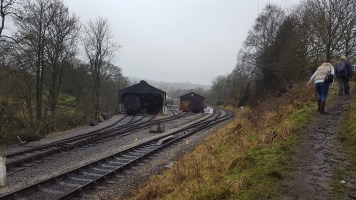 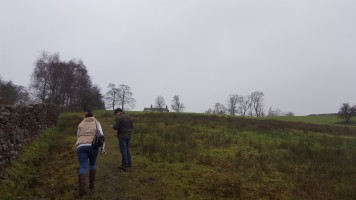 My friend Gayle and I have a New Year tradition where we always go for a walk in January. We go walking at other times too but this one’s special for no reason other than it’s January.

Well… Gayle keeps selfishly getting pregnant, which means we have to downgrade our walks from mountains to molehills.

I suggested The Railway Children route as it’s a nice, fairly easy 6 mile circular, taking in some of the famous sights featured in the film, such as; Three Chimneys, the children’s home and The Bronte Parsonage Museum, used as the doctors house in the film.

We started at Haworth train station and walked alongside the coal sheds and started up Brow Road. There’s a public footpath leading off to the right which takes you over fields and farmland.

I imagine that on a warm summers day that this walk is rather splendid but it was January and although not too cold it was drizzly and very muddy.

Now I don’t really mind this, if I’m wrapped up warm and dry I’ll walk in any weather but I was also joined by the 6 month pregnant Gayle, her husband who can stride across valleys with ease and can never be wrong about anything, their 2 year old (who actually complained the least), my friend Hayley whose attire was better suited for a bit of window shopping in Leeds and not a hike across the moors and last but not least, her firefighter husband who sees everything as a race and has zero interest in enjoying the scenery.

Funnily enough we didn’t actually complete the route, basically because none of us can just walk past a pub. In all fairness though Hayley had made it to lunchtime without a glass of wine so it was about time we topped her up. We were all soggy and miserable, I think we’d managed about 3 or 4 miles and with that entourage that’s something to be proud of.

We had lunch at The Kings Arms, home of the friendliest barmaid in the world. The food was good, the service even better, slightly over priced but there were so many customers with doggies so I didn’t really care.

Haworth we will return! Well I will at least and probably do the walk on my own. 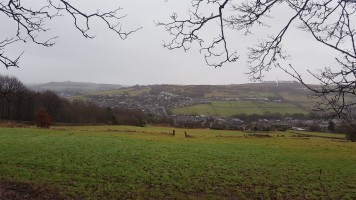